I love movies, always have, just not enough to actually go out and see one. Well, nowadays, anyway. Don't get me started on the cramped seating, too-loud and too-long commercials, the overpriced tickets and food, and the loudmouthed dullards who insist on delivering a running commentary to anyone within fifty feet.

Therefore, I rarely go out to see one, preferring instead to wait a few months or years and catch it on tape or dvd.

So, last night's movies were all unknown to me, except for what I'd read about them here and there. I came to the Oscars telecast a blank slate. I had no vested interest in anyone's winning or losing.

Therefore, what follows is a few observations by a guy who was reading a newspaper or surfing the net during most of the telecast but glanced at the tv semi-regularly:

1- Ellen Degeneres was fine. I wasn't a fan of hers going in but she was comfortably low-key, warm and funny. I'd like to see her join Billy Crystal as one of the regulars in the host rotation.

2- Peter O'Toole looks like a desiccated marionette. He wouldn't be out of place guest-starring on the Thunderbirds.
I saw him interviewed on the Daily Show a couple of weeks ago and am sad to say he seemed to have slipped from being a charming, eccentric, somewhat-sloshed raconteur to an addled sot. I hope I'm wrong because I loved him in a lot of movies, most notably in What's New Pussycat and The Stunt Man and he certainly is overdue for Oscar recognition. Anyway, I was afraid he'd win and trip on the way to the stage or do something else to embarrass himself.

3- Alan Arkin is great too so I was just as happy to see him win instead.

4- The women were lovely, especially Helen Mirren and Penelope Cruz. The dresses were elegant rather than sexy which was nice I suppose. But made me a bit wistful for the 70s when plunging necklines and peekaboo nipples were de rigueur.

5- As usual, one of my favourite bits was the Dead People Montage. I'm always surprised by some whose demise flew under my radar. (Red Buttons? Really?)

6- Maybe I missed it (I did leave the house for 20 minutes at one point) but I don't recall a Horribly Contrived Desperately Overwrought Garishly Tasteless production number. Bonus.

7- Everybody except the other four nominees (and maybe even them a little bit) seemed happy with Martin Scorsese's win as Best Director. The standing O appeared spontaneous and heartfelt - two qualities rarely espied during an Oscar telecast.
Posted by Frank Baron at 9:27 AM 2 comments:

Through A Lens Icily

A few winter photos from southern Ontario - most taken at my beloved creek a hundred yards from my house: 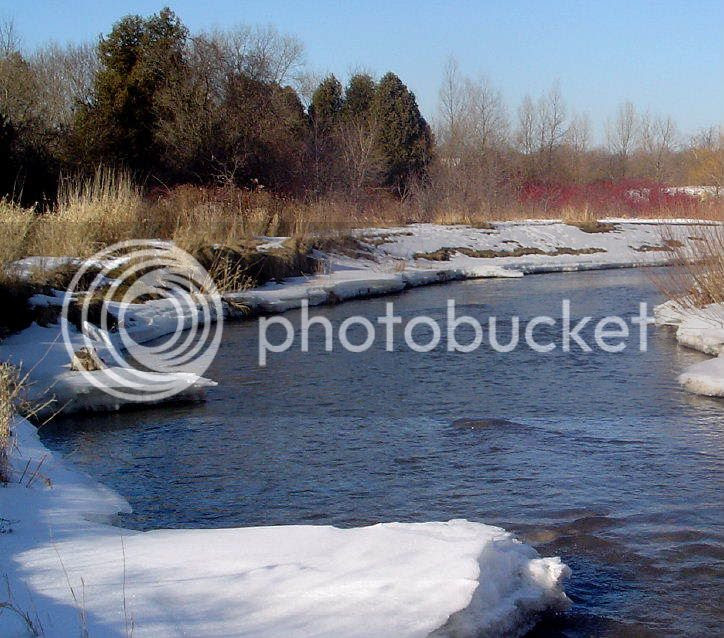 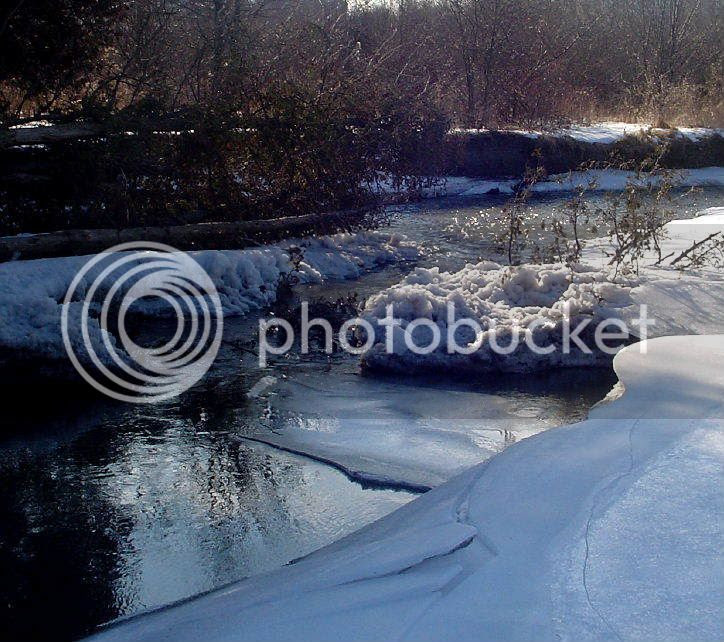 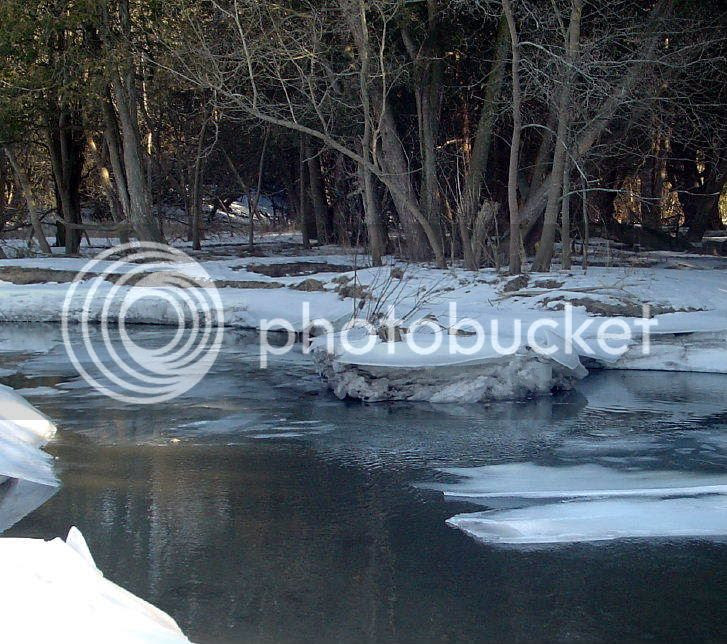 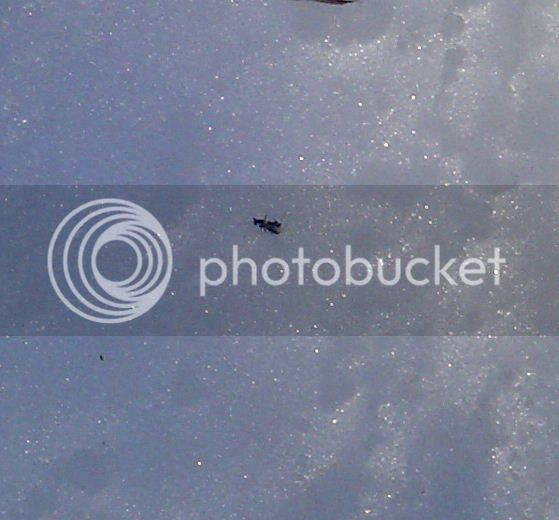 That little dark blob you almost see is what I call a snow bug. On sunny, not-too-frigid days, you can see them crawling along the top of the snow or ice. What we have here are actually two of the little critters doing, um...what comes naturally to all species who want to leave some DNA behind.

This one was taken near a friend's house. It's a lovely pond nestled in the midst of a big city. The willow tree is a magnificent specimen. Too bad they're so short-lived. 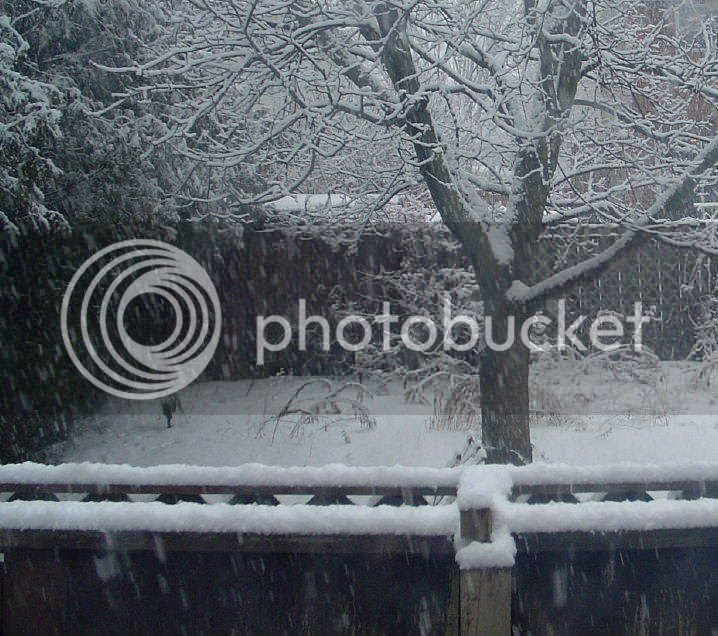 Added this one and the following two today (the 22nd). We had a very heavy snowfall for an hour or so early this morning. This pic of part of my backyard was taken through glass which emphasizes the ghostly aspect of the scene. 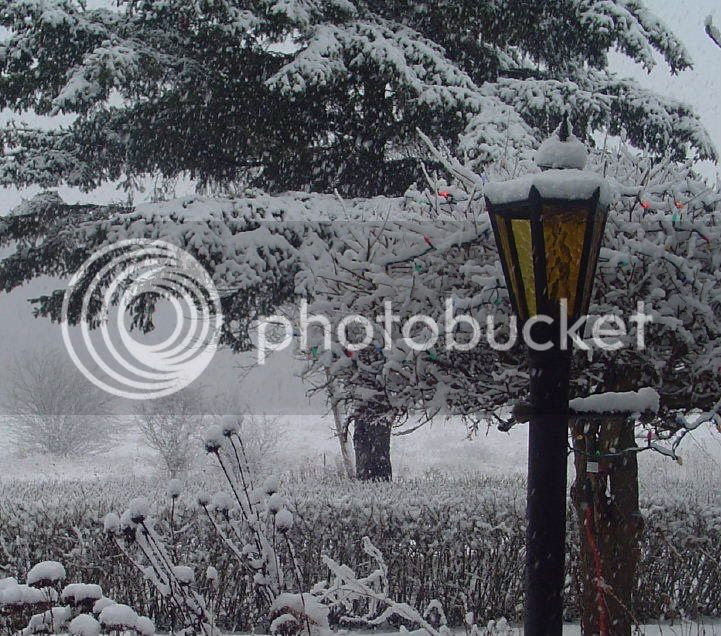 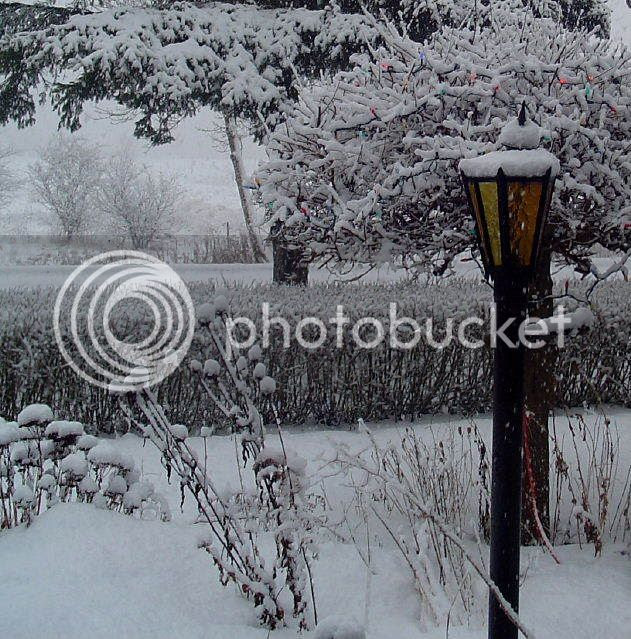 These two were taken from my front steps (no glass intervening). Yes, I still have my wee Christmas lights up.

Christmas is a state of mind - not a season!
Posted by Frank Baron at 7:12 PM 8 comments:

The Power Of Passion

I read a short news bit today from Reuters which I'll quote in full below:

JERUSALEM (Reuters) - Israeli police investigating why a car was blocking traffic in the fast lane of a major highway Sunday found a couple inside having sex.

A police spokesman said the female driver and her male passenger gave in to their passions without pulling over to the side of the road, causing congestion and leaving other motorists having to swerve to dodge their stationary vehicle.

A patrolman gave the woman a ticket for holding up traffic.

I've been swayed, even carried away, by passion. But not so carried away, even in my youth, that I would have stopped my car in the fast lane of a major highway in order to deal with it.

I'm 99.9% sure that even in my most lust-inspired moments, I would have pulled over to the side of the road.

The fact that the driver was female makes me shake my head all the more. Not that women are immune to lust - thank God - but they're supposed to be the more level-headed of the sexes when it comes to this sort of thing.

Anyway, it could have been way worse. They might have not bothered stopping the car at all.
Posted by Frank Baron at 10:07 AM 3 comments:

How cold WAS it?

Because I've become a tad portly lately (non-smoking don'tcha know - 8+ months now) I decided to go for a walk today.

I knew it was going to be cold, so, as a savvy Canucklehead, I dressed for it. I put on my warmest coat (in lieu of my leather jacket) for the first time this winter. Wisely, I grabbed my ear-flapped fishing hat instead of my usual ball cap and plopped it on my noggin. 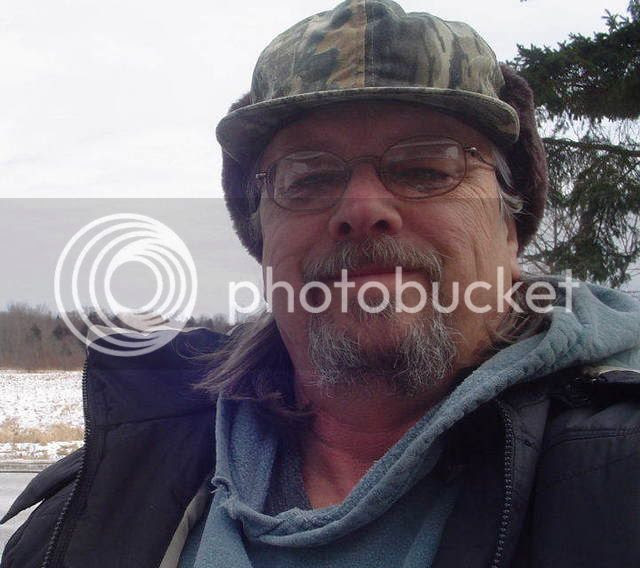 It didn't take too long, even going with the wind, for me to make a slight wardrobe adjustment. 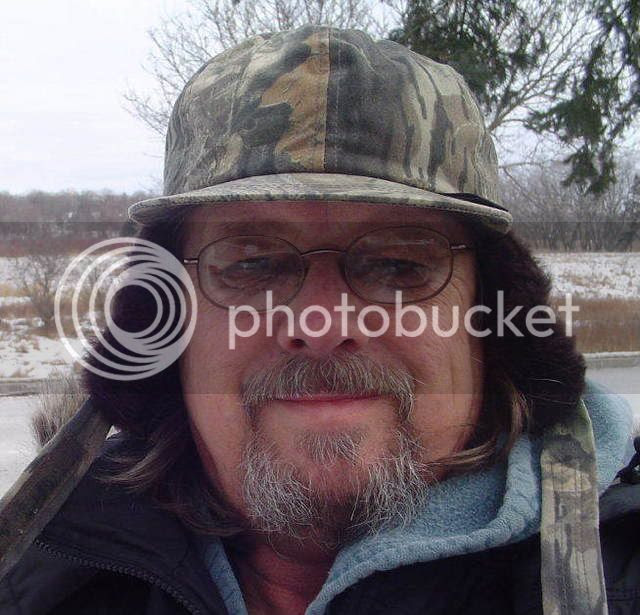 Then I turned into the wind. Sheesh. Maybe it's better I should stay fat? 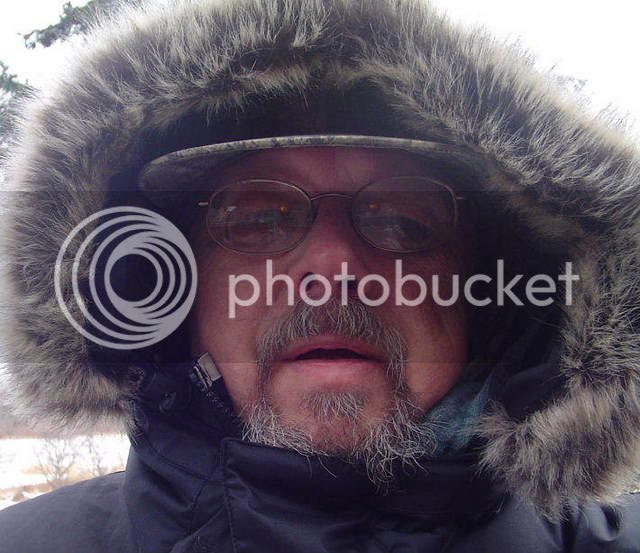 Anyway. Tonight I'm going to sit near this and sip a Scotch. Scotch is low in calories, right? 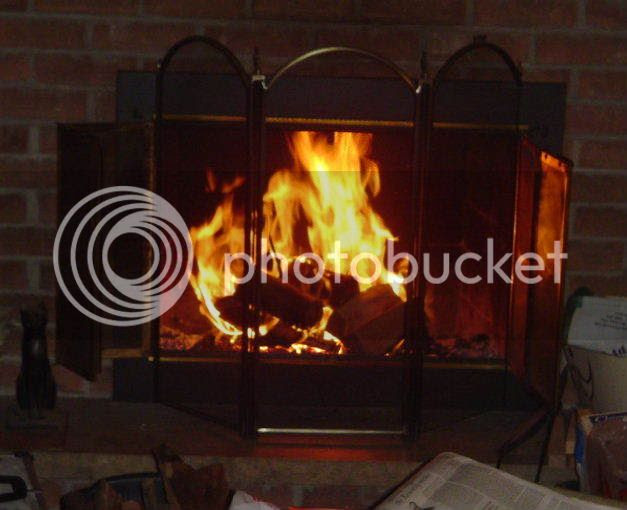 Lisa Nowak, Jon Stewart & the Media - Shame All Around

The lady astronaut who snapped. Jeepers! Such a fuss. Every news station was in overdrive. Headline writers were salivating. Jon Stewart milked the story mercilessly until it was udderly spent.

Certainly the details were newsworthy: the mallet, the Mace, the rubber tubing and yes, the diapers. The haggard appearance of Ms Nowak that appeared on front pages everywhere contrasted sharply with that of someone supposedly possessed of the Right Stuff.

Jon Stewart is a father. I wonder if he considered Mr. Nowak, or the Nowaks' three children? Seems to me not many have. They have to be hurting to see their wife and mother's meltdown splashed across every newspaper, radio, television and computer on the planet.

I don't think it's funny. I think it's really very sad. Luckily, the media has the attention span of a gnat and will soon move on.

Hang in there Nowak family. Not everyone is taking pleasure in your pain.
Posted by Frank Baron at 9:59 AM 14 comments:

The other day, I was washing dishes and looking out the window into the backyard. I own a dishwasher but it broke about 6 or 7 years ago. At first I couldn’t afford to fix it or buy a new one and then I could but other priorities kept/keep rearing their heads so...I keep doing them by hand.

Actually, I sort of enjoy it. Busywork occupies the body while freeing the mind. About the only time it’s necessary to re-engage my brain is when pain or pink soap suds tells me to be more careful with the knives.

I was looking at the snow-covered yard and trying to identify the various tracks I could see. The rabbit’s were easy, as were the squirrel’s. Farthest back in the yard were what might have been a small dog’s or, more likely, a cat’s. Those tracks were older and a slight melt and re-freeze had distorted their shape. Plus, to tell you true, the kitchen window is none too clean. And further to the truth-telling thing, my eyes aren’t what they used to be.

I got to thinking about tracks and leaving marks and how Spring would obliterate those outside my window. But for a few weeks at least, my yard would be an historical testament to critters’ activities.

Now, this internet thing, and more specifically, blogs, have made it easy for everybody to leave their tracks. As long as the net, and Google caches exist, so will the tracks of many millions of people.

But I have a feeling that sometime after I’m gone, they’ll become curious about the marks I left behind and may even enjoy following my trail.
Posted by Frank Baron at 11:54 AM 6 comments: