Every year for the last four, a mid-winter thaw accompanied by heavy rainfall has resulted in flooding in the creek across from my house. Winter floods aren't just about too much water. They're about too much water surging under the frozen surface, heaving up chunks of ice ranging in size from a football to a truck, and sending them hurtling downstream.

The mass of broken ice respects no boundaries. It overflows the banks and surges across and through groves of trees. It flattens saplings, removes topsoil, wounds, and even kills century-old trees.

It's a stark and savagely beautiful reminder of nature's power, as the photos below illustrate. Remember to click each picture if you wish to see a larger version. 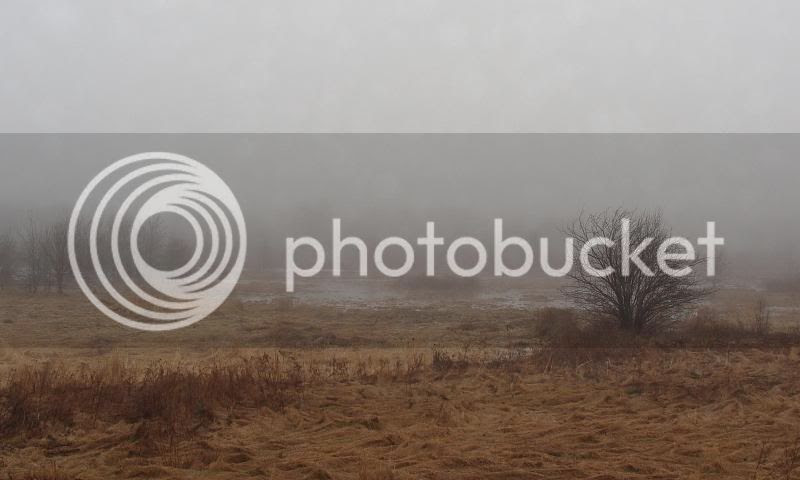 A few hours later, a 2nd creek appears, roughly paralleling the first, flooding the paved path and littering the area with scattered ice. 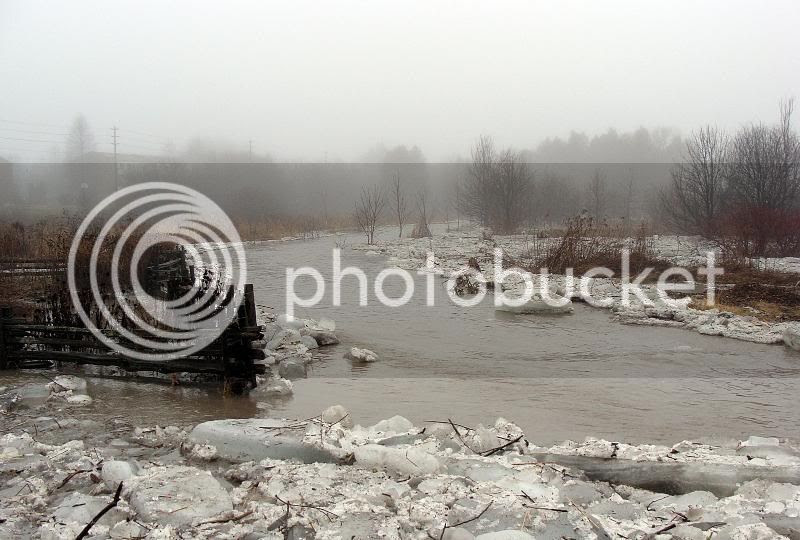 A couple of days later, the water recedes. The ice will remain for weeks in the field and months in the woods. Let's take a look upstream.

The path is blocked here but still navigable, if one is careful. (I've only fallen three times.) 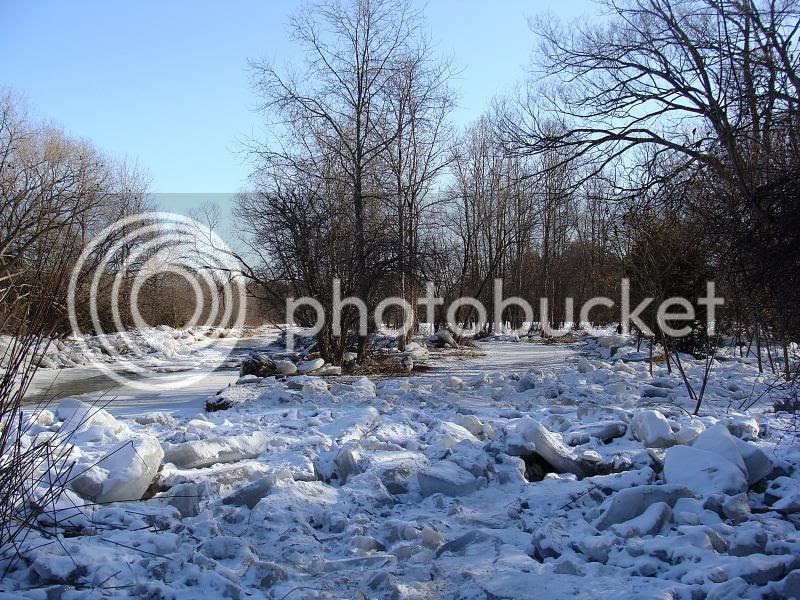 Farther along, it becomes impassable for all but billy goats and young teens. This mass below is the size of two football fields. I have to take a wide detour around it. 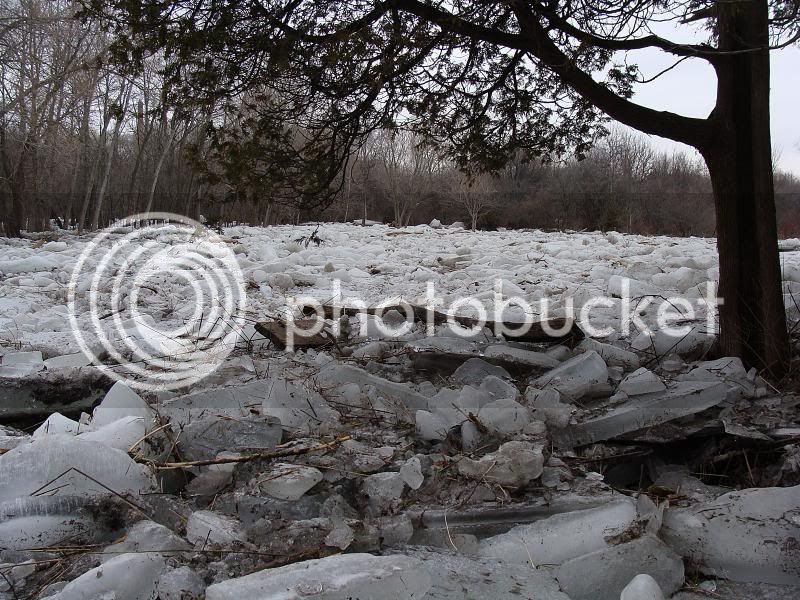 The destruction is not without beauty. 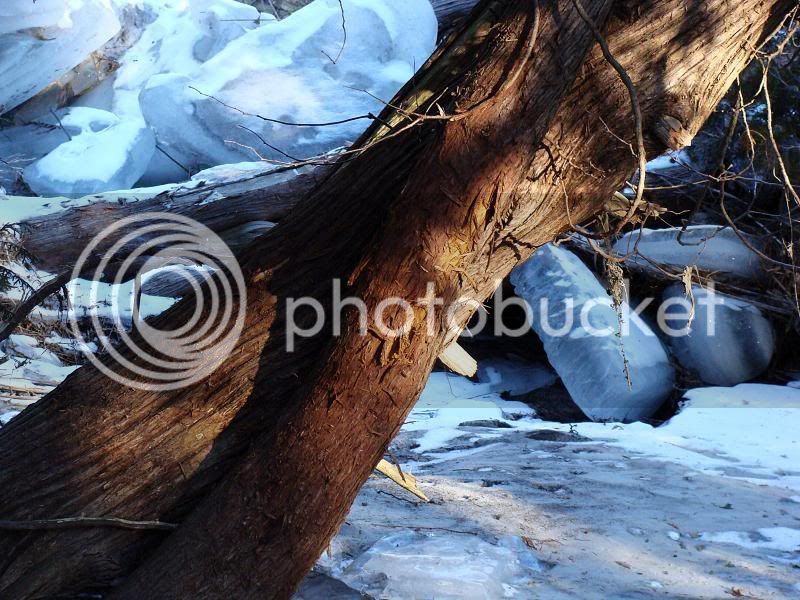 In the background of the above photo you can make out a felled cedar. It breaks my heart to see these magnificent old warriors toppled.

Some receive wounds from which they'll recover. But the scars will last forever. 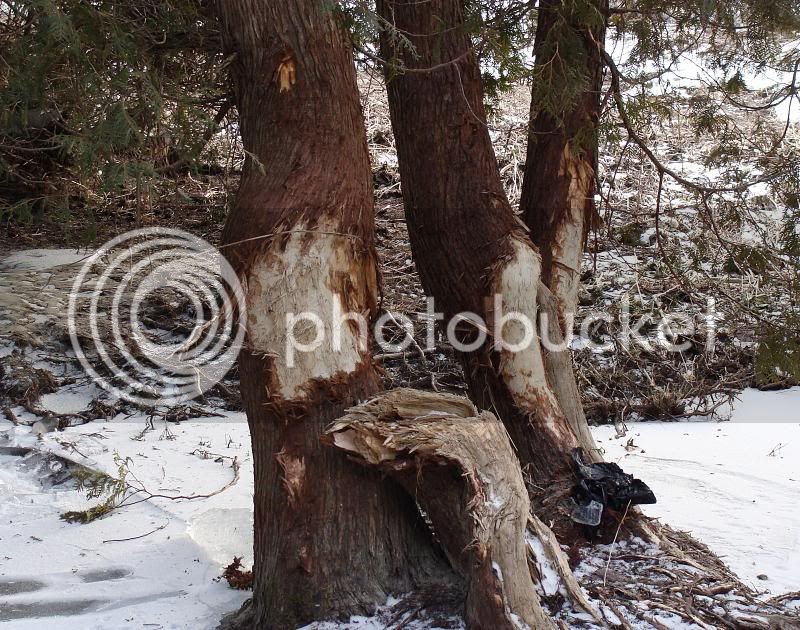 Trees aren't the only living things imperiled by the flooding. Fish unable to withstand the rushing water are lifted up and deposited far from the creek's normal course. When the water recedes, they die. In the photo below, a 10-lb. rainbow trout lies on the ground, a full 200 yards from the creek. 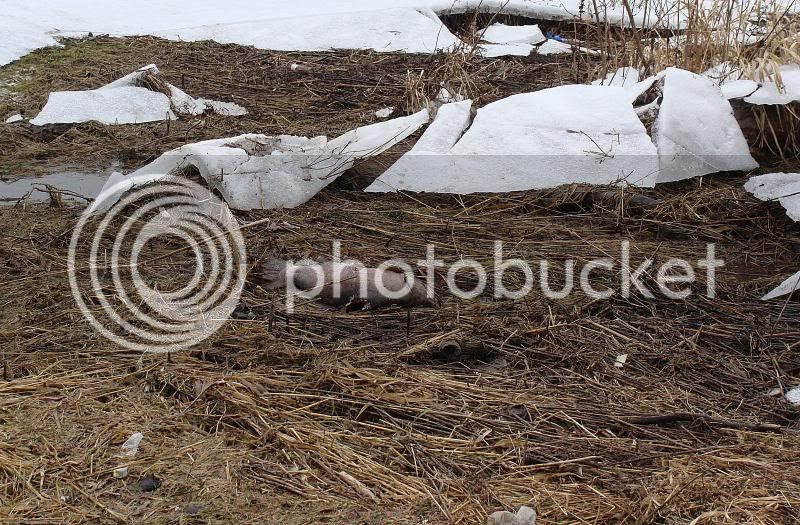 If you're at all squeamish, avoid the next photo. It's a closer look at the trout. You can see where a bird, probably a crow or gull had a meal. Interestingly, the next day, the trout was gone. Something big enough to carry off a fairly large fish had done so. I couldn't spot any drag marks nearby, nor were there any bones or other remnants indicative of a meal on the spot. My guess is a coyote or perhaps a pair of raccoons working as a team carried off the prize. 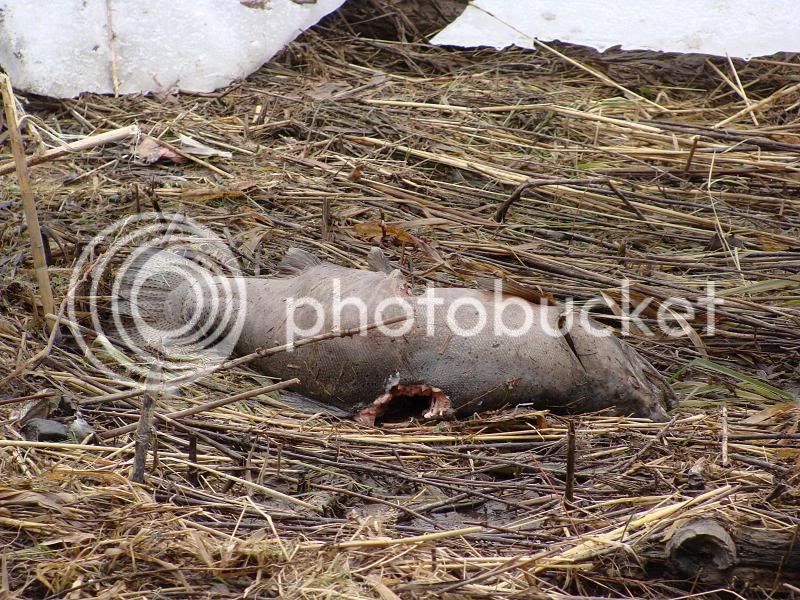 Well, let's not end this one on a gloomy, unattractive note. On a crisp, clear winter morning, it's easy to find beauty in the aftermath. (Most of those tracks were made by a muskrat.) 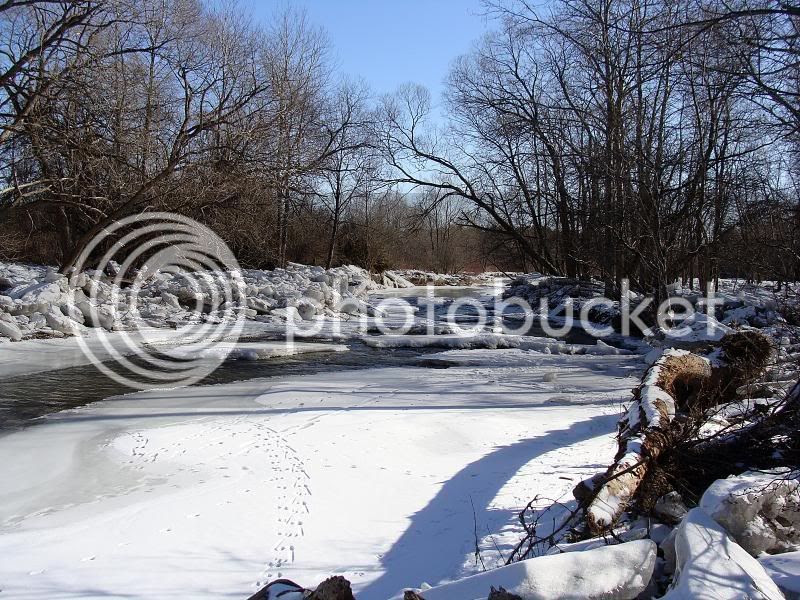