Big Doin's In A Small Town

I like living in a small town. As proof, I offer the fact that I've lived in one for 22+ years. By choice.

Life here is much more relaxed than in the city but occasionally things can get pretty darn exciting. I'll never forget the opening of the new Canadian Tire store just a couple of years after we moved here.

(For the edification of non-Canuckleheads, Canadian Tire sells everything except food and if you're a guy, you're there a couple of times a week browsing its aisles for wrenches, fishing tackle, plumbing supplies, snow shovels and anything and everything remotely related to motor vehicles. Women, unless unusually mechanically inclined, can get by with a weekly visit. It's a bit like church, only most everyone wears plaid shirts.)

Folks came from miles around to the grand opening. The parking lot was jammed. You've never heard so many "excuse me"s. It was giddyfying.

More recently, in the mid-90s, there was talk of a project dubbed "Valleys 2000." It was a daunting effort: building a nearly 3-kilometer paved, biking/walking path that more-or-less followed the meandering of the local creek. It would be a grand way to usher in the millennium.

Well, what with one thing and another, the town didn't actually get it done until 2004. But it was well worth the wait. It's a pretty spiffy path now and popular with joggers, bikers and dog walkers. They erected a nice information kiosk at the top end of the path, informing us of the local flora and fauna and including a bit of the area's history. They got the brown trout picture wrong and mislabeled a birch tree as a basswood, but all-in-all, it's a pretty nifty kiosk.

Now, this summer, only a few weeks ago, the triangular, corral-type structure pictured below appeared. (You can click the photos to see them enlarged.) 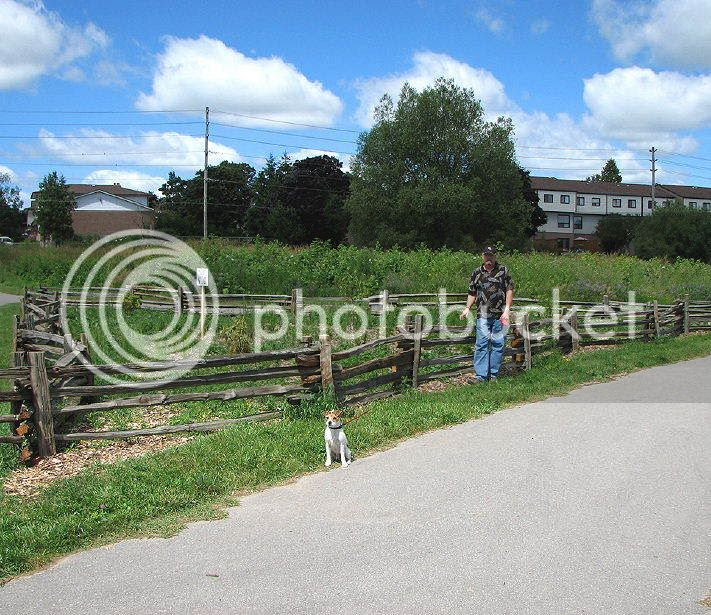 You can imagine the buzz among the locals.

That wasn't all. A few days later, a large section of the field was mowed and eight trees were planted, as evidenced by the picture below. (By the way, the dog pictured is Benny. I have no idea who the chubby guy is.) 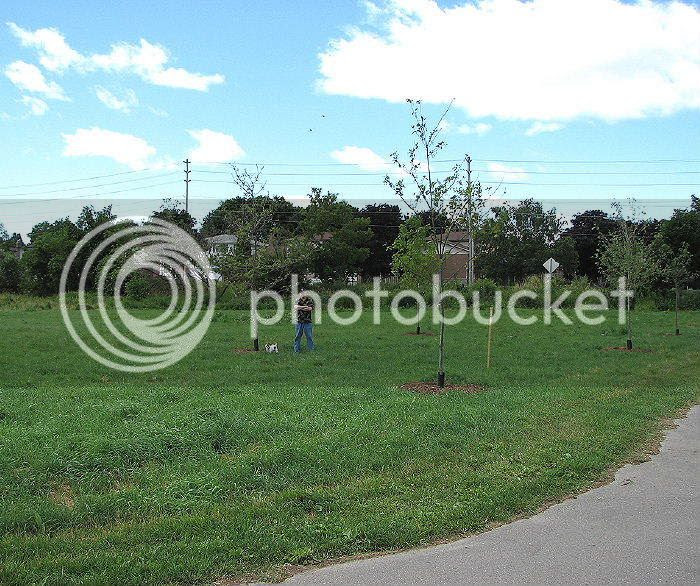 I heard that on a Saturday in July, local dignitaries were to gather at the areas mentioned and dedicate them. Unfortunately, I was out of town and missed the pomp and ceremony. But when I returned, I was pleased to see that informative signs had been posted. 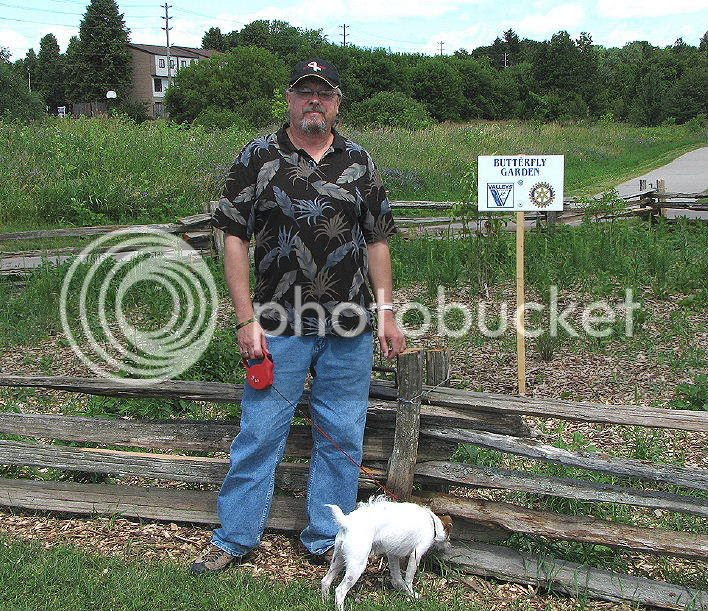 In case you have trouble reading it, the sign says "Butterfly Garden." Yep, the corral was built for butterflies. Pretty sure they didn't mean to keep them herded in there though. And the mystery of those eight trees was solved as well. 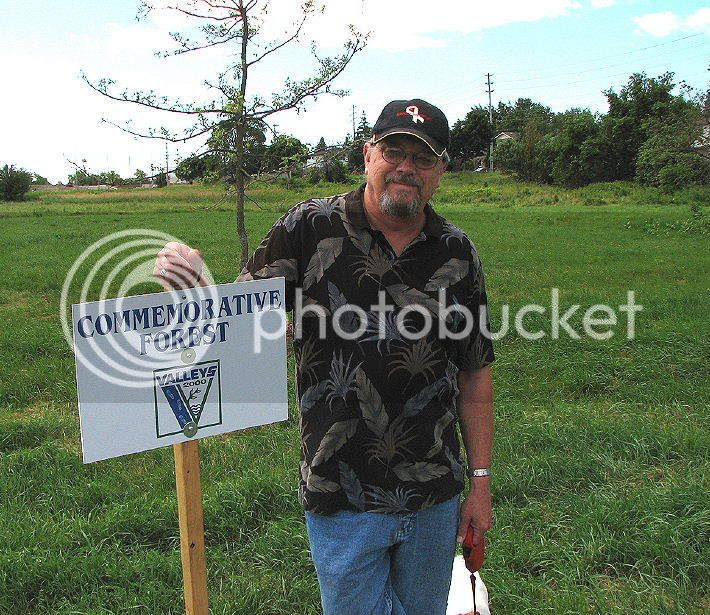 Yep. A Commemorative Forest. Not sure what was being commemorated but no matter. It's a darn nice sign.

And, as a bonus, now I know exactly how many trees make up a forest.

Later, I walked to the north end of the path. There was yet another sign! This one was right in front of the information kiosk. 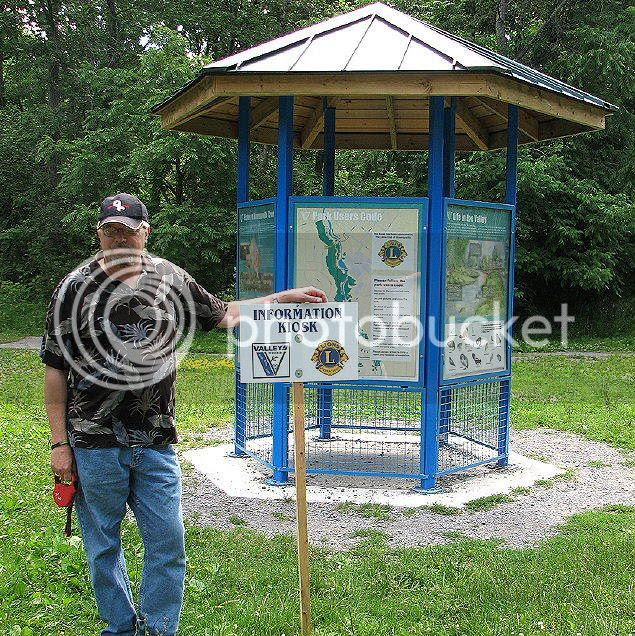