A smile from a child.

Finding exactly what you’re looking for, on sale.

Having someone in your life who remembers your birthday.

Sitting in front of a campfire.

Sipping good whiskey with a good friend and hardly talking at all.

Realizing an acquaintanceship has ripened into a friendship.

Watching a released fish swim away.

You hear a lot these days about multitasking. My parents would have referred to it as “busy.” I guess, like “domestic engineer,” it’s a dressed-up word for an everyday kind of a thing. It seems kids have co-opted it now though. It can still mean “busy” but sometimes it means “don’t wanna.”

“Son, I asked you refill the humidifier two hours ago.”

“No, you’re not. You’re playing a video game and breathing through your mouth. That doesn’t count.”

Kids. And they have the gall to complain when someone really is multitasking.

“I left my watch in there after my shower.”

“Jeez! You know, some people can go to the bathroom in less than an hour.”

“So? Some people can turn their eyelids inside out. Others eat insects. And some cheer for the Yankees. Doesn’t mean I have to.”

“But an hour in the bathroom? And you’re just sitting there!”

“Ha! I am not just sitting here! I am multitasking! I have the radio on to listen to the news, which, by the way, I can no longer hear at the moment. I have my large mug of tea from which I sip from time to time. This gives me some caffeine, enough so that I am able to maintain a pleasant disposition and not lose my temper with inconsiderate sons who yell through bathroom doors and disturb their father. I am also working on a crossword puzzle. The New York Times’. In ink.”

“Besides, it’s hardly ever an hour. These days, my legs fall asleep at around the 30-40 minute mark. Lemme tell ya, it’s heck getting old.”

He left before I could elaborate.

My sons think because they can walk and listen to an iPod and hardly ever fall down, they’re whizzes at multitasking.

I just wonder how well they’d do if they were daydreaming while fishing. It’s not easy to notice a disappearing bobber and still set the hook in time while rescuing Susan Sarandon from a rampaging buffalo as that Tim Robbins guy cowers in fear.

And let them just try playing Cribbage with their Significant Other and making the appropriate conversational noises while peeking over her shoulder at the tv to keep tabs on the game.

It takes patience, wisdom, experience and a heck of a lot of trial n’ error to evolve into a competent multitasker. And perseverance. Mustn’t forget that one. You can’t let the occasional little faux pas derail your development. Once in a while, you’re gonna answer the tv remote when the phone rings. It happens. Just shrug it off and get back to reading the paper, munching chips and watching the game. If you’re still feeling a little bad, use the picture-in-picture function and watch two games.

Some people though, like in just about every human endeavour, take it to an absurd extreme.

We’ve all either seen or heard about the woman driving down the highway at 120 kph (70mph), holding a newspaper and cup of coffee in one hand while applying her makeup with the other and talking on her cell phone.

Dumb as a bag of doorknobs. Not only will she retain very little of what she reads, she’s apt to smear her mascara and everybody at work will laugh at her.
Posted by Frank Baron at 11:54 AM 19 comments:

I've amassed quite a few pics over the last several months. Here's a few of them. 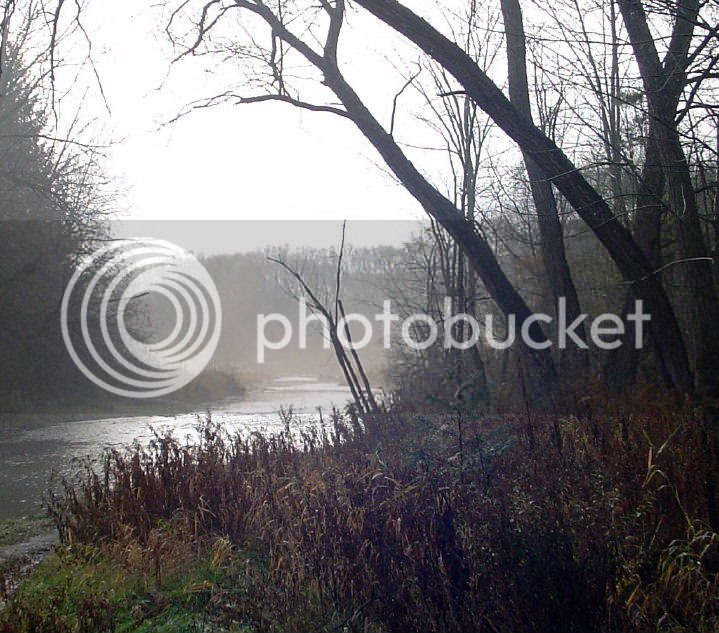 Morning light is often misty and magical near water. 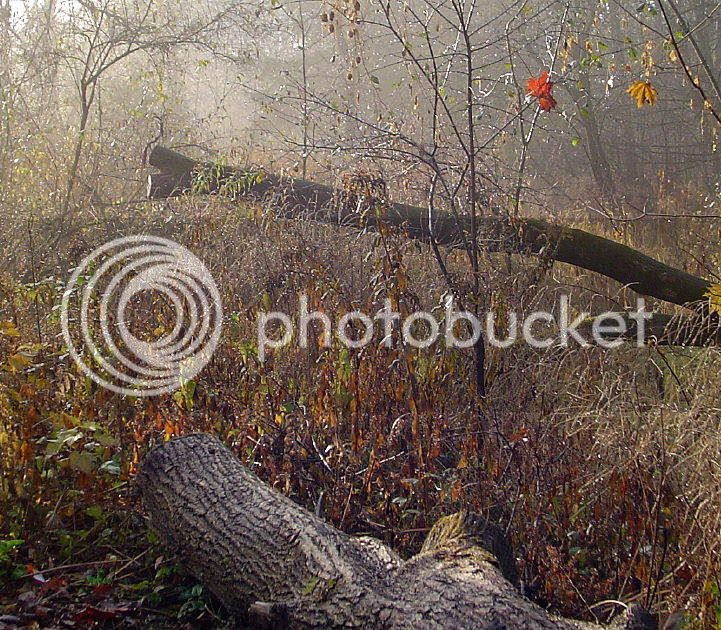 A couple of leaves cling desperately, postponing joining their fallen brethren by hours - maybe a day or two. 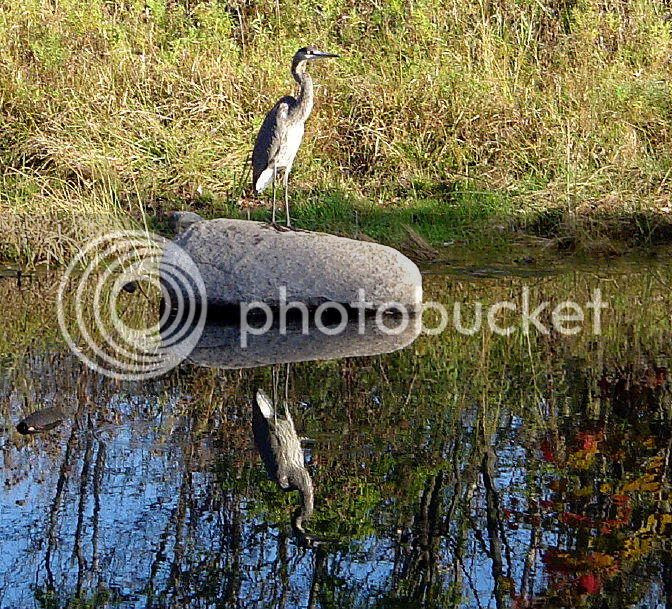 I had several encounters with herons in the summer and fall of '07. I'll be writing more about them. 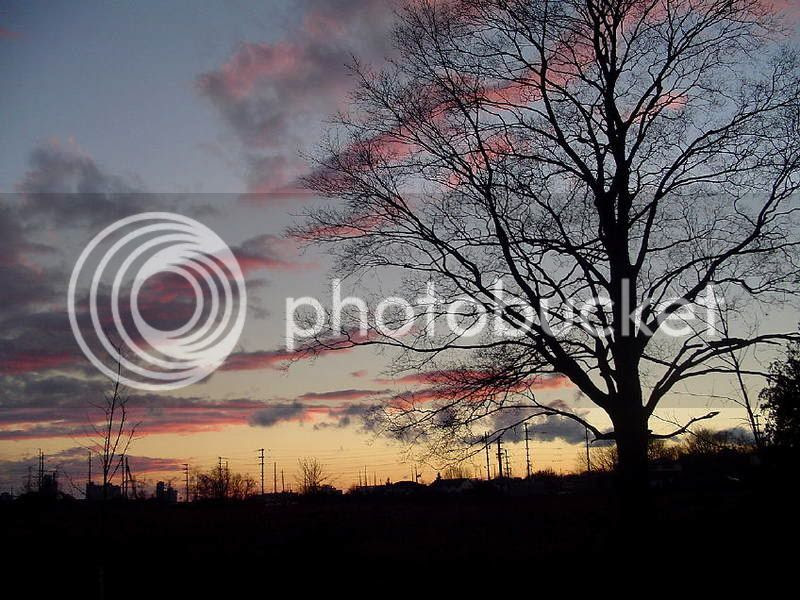 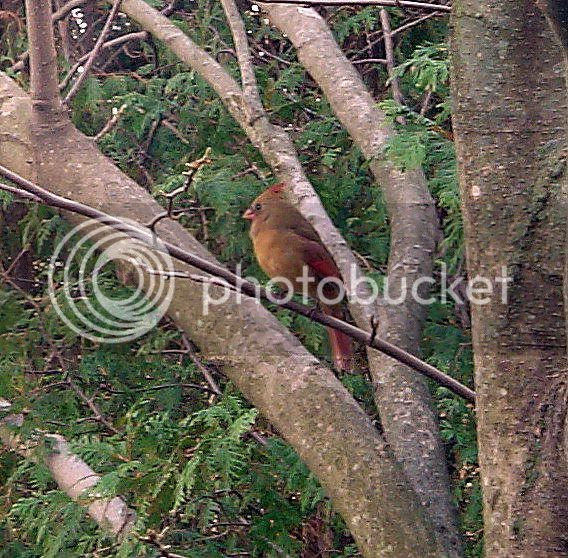 Mrs. Cardinal shows she's hardly dowdy, even compared to her flashy mate. My apologies for the blurriness. We can blame shooting through a window and a klutzy photographer. 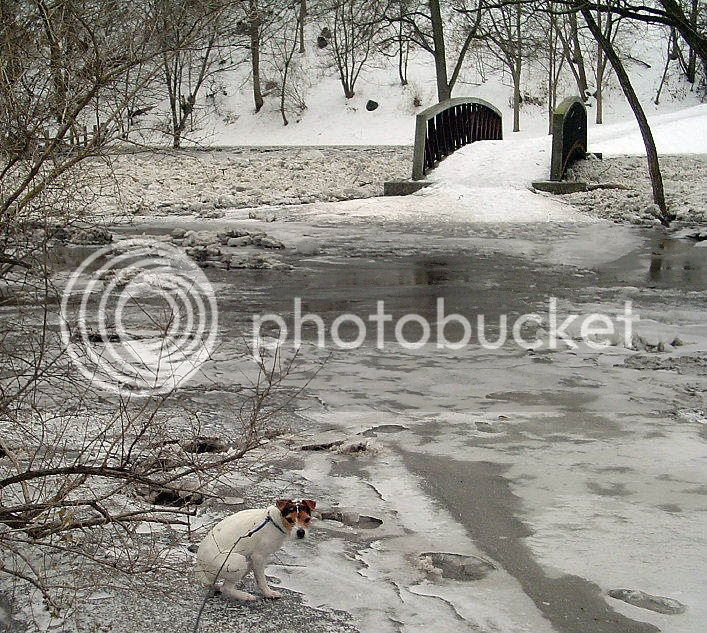 A few weeks ago, rising temperatures and a prolonged rain resulted in the release of an ice jam upstream. It drifted down, clobbering everything in its path and nearly overlapping this bridge. Benny wasn't overly pleased with all the ice OR the fact I had to stop and take pictures. 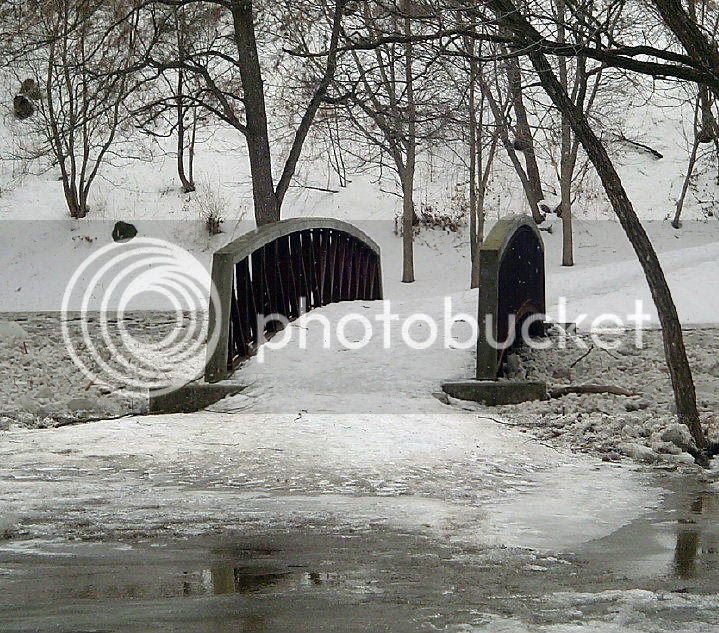 A little closer look at how high the ice floes rose.
Posted by Frank Baron at 4:39 PM 21 comments: